26 posts
Michael is responsible for executive management of the firm and is the Chief Investment Officer. Prior to co-founding Tacita Capital, Michael was the Chief Operating Officer of Loring Ward Inc., a family office located in New York and Los Angeles. Michael was also a co-founder and Vice Chairman of Assante Corporation, Loring Ward’s former parent company, prior to its sale in 2003. During his tenure, Assante grew from $1 billion to over $20 billion in assets under administration. Michael has written and spoken extensively on wealth management matters, and has co-authored a best seller on fund management. For several years, he chaired the Investment Committee of LWI Financial Inc. which currently manages over $4 billion in assets. 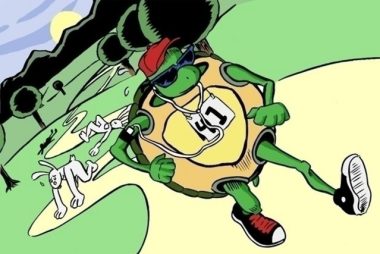 Fantasy versus Factors by Michael Nairne, Tacita Capital Inc. A casual observer of the investment management industry could…

The Plight of the Conservative Retiree (Nairne)

The Plight of the Conservative Retiree Only a few short years ago, investors demanded a 5.0% yield…

by Michael Nairne, Tacita Capital “Buy and hold” is not an effective strategy for risk conscious investors.…

The Dividend Yield Love Affair “Do you know the only thing that gives me pleasure? It’s to see…

The Global "Old Normal" by Michael Nairne, Tacita Capital Investors can be excused for their preoccupation with short-term…

A Commentary on the Correction

by Michael Nairne, Tacita Capital Global stocks had plummeted 13.9% year-to-date as of the close of market on…

Since peaking in 1981, yields on the government bonds of most developed nations have fallen almost continuously, as…

Lessons from the Farm (Nairne)

Lessons from the Farm by Michael Nairne, Tacita Capital Farmers know all about droughts. Droughts occur in nearly…

What to Expect When You're Expecting ... Returns

Real Return Expectations By Michael Nairne, Tacita Capital Inc. There is nothing more important to long-term investors than…

By Michael Nairne, Principal, Tacita Capital Inc. Investors today have a right to be confused. A cadre of…

It is axiomatic that investors in government bonds expect to earn a return in excess of inflation. Why…

And the Winner Is...

As investors rush into U.S. Treasuries in response to a weakening economy that may portend the onset of…
AdvisorAnalyst.com on TwitterTweets by @advisoranalyst