Global central banks are expected to continue raising interest rates as inflation data have yet to cool sufficiently to allow them to slow their pace of tightening. (The latest example – November’s 75 basis point hikes by the U.S. Federal Reserve and the Bank of England.) As interest rates move firmly into restrictive territory and financial conditions tighten, markets are looking for some clarity from central banks about where things are headed next. In other words, it’s time for some forward guidance.

Forward guidance can help reduce uncertainty by explaining to markets where policymakers are likely headed based on their expectations. Currently, we have virtually no forward guidance. Instead, the Fed has been reacting in real time to inflation data.

The lack of forward guidance is creating significant investor uncertainty about the path for interest rates, which in turn has pushed up interest rate volatility, as shown in the chart below. And that makes it more difficult for investors throughout the world to plan and invest in the face of an uncertain discount rate. Since the U.S. is the global reserve currency, U.S. interest rate volatility has a large impact on investment decisions made the world over. 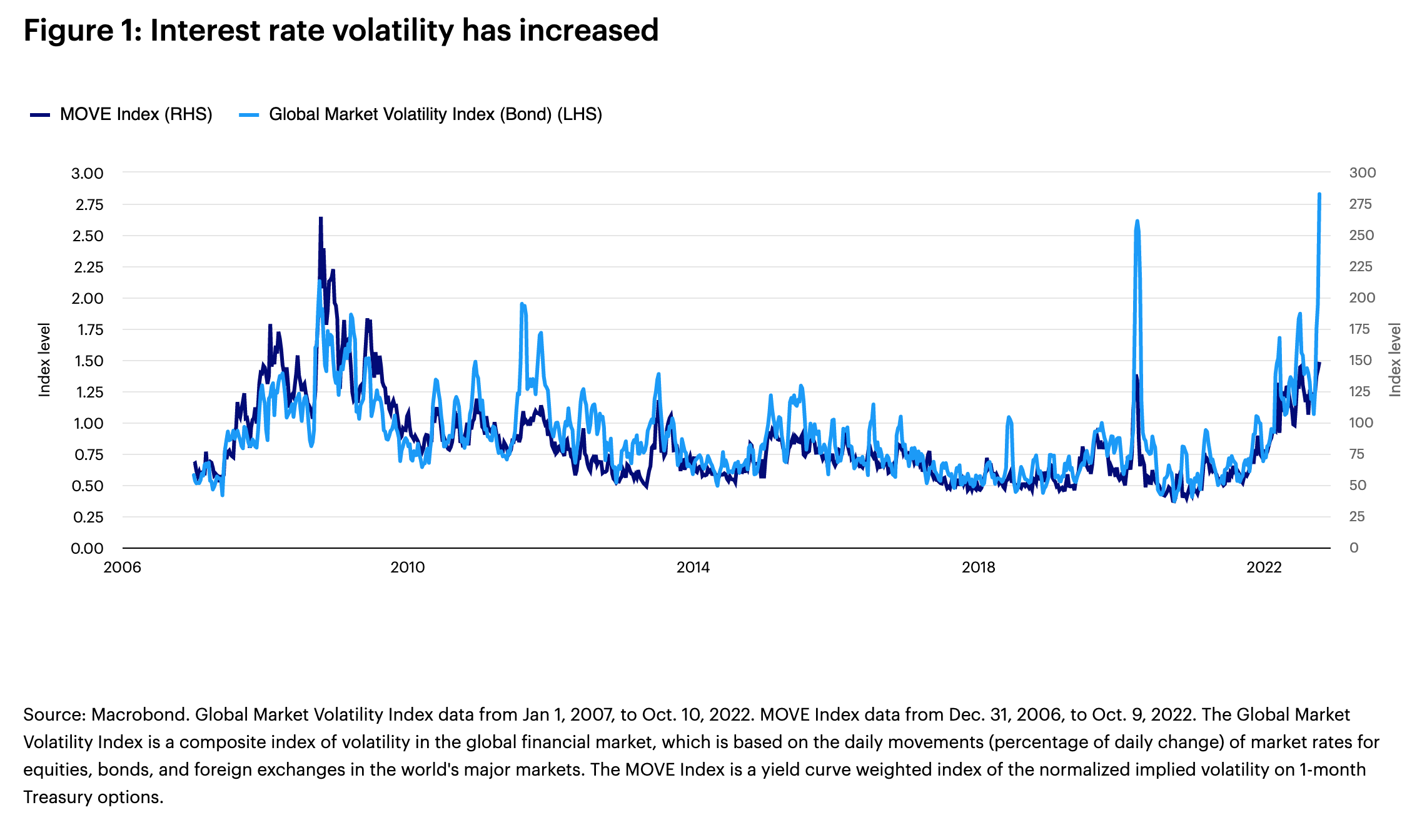 Case in point: The UK

Recent market events in the UK illustrate the dislocation that can come with increasing interest rate volatility. Uncertainty around the Bank of England’s monetary policy was amplified by instability in the UK government and surprising fiscal easing through tax cuts and energy subsidies. The combination of fiscal and monetary uncertainty created massive volatility in UK government bonds — or gilts. The rise in yields and volatility in the gilt market created further disruption as UK pension funds were forced to raise cash to meet margin calls on their interest rate hedges.

In aggregate, higher yields are typically a positive factor for long-term investors like pension funds. It was just the speed and extent of the move that created such dislocation in the UK. While most other pension systems are not susceptible to such a margin squeeze, the disruption is emblematic of the problems investors can face from high and rising interest rate volatility — high government bond volatility will likely have impacts well beyond the government bond market itself. 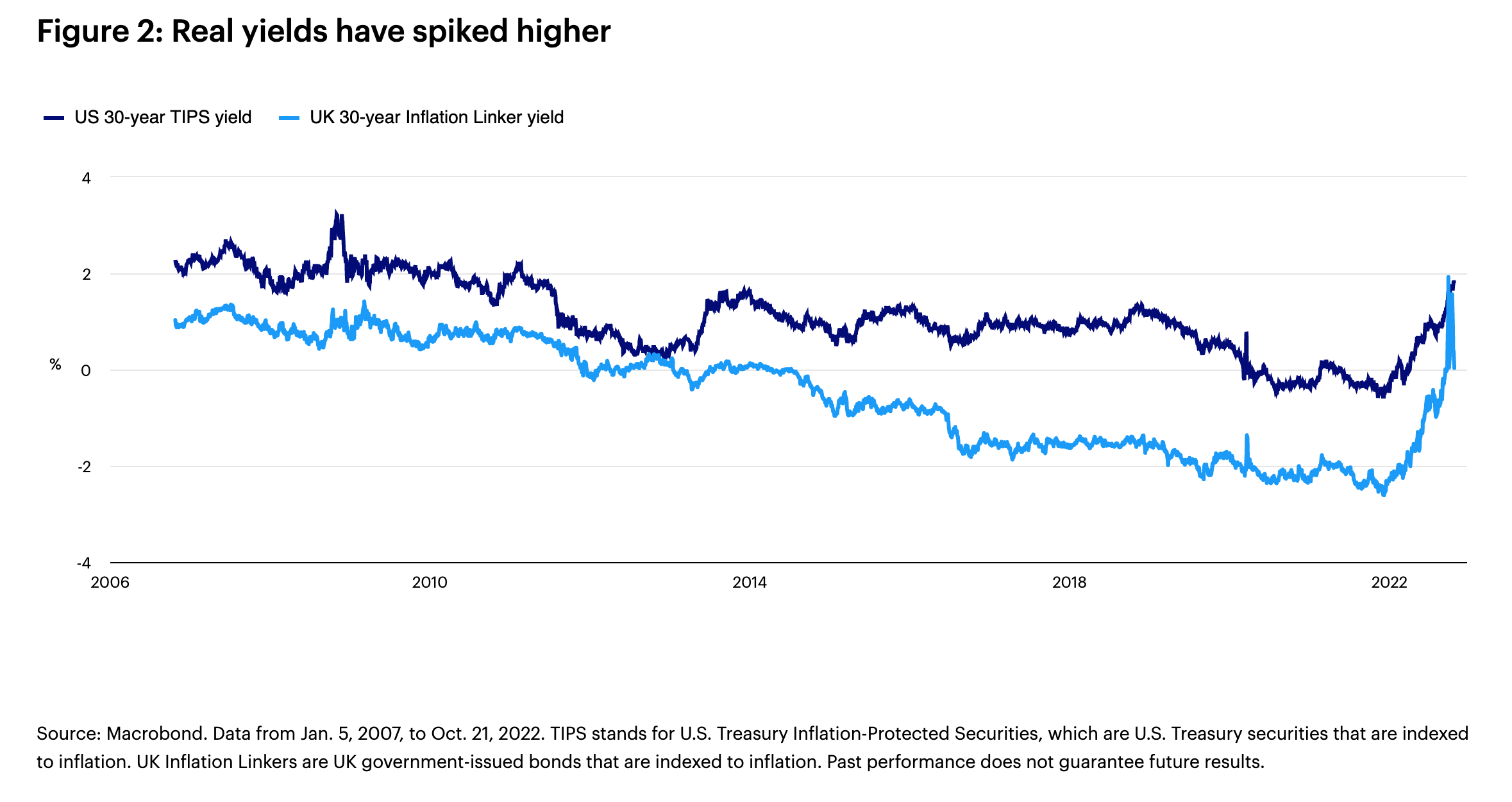 Central banks have been successful in resetting the level of interest rates higher and have now tightened financial conditions into restrictive territory, in our view. This should go a long way toward ensuring that long-term inflation remains under control. A byproduct of this effort has been an increase in investor uncertainty and market volatility. Markets have successfully managed so far, but sustained high levels of volatility, particularly in longer-term interest rates, may start to negatively impact investment decision making. We believe forward guidance from the monetary authorities would be a constructive step toward containing volatility.
Total
0
Shares
Share 0
Tweet 0
Share 0
Share 0

byRussell Investments
No comments
Next Article

Gold Has Reached the Stage We All Dream About

byJohn Mauldin
No comments
AdvisorAnalyst.com on TwitterTweets by @advisoranalyst