Hubert Marleau: Stocks in 2020 Will Depend on Where Inflation Goes

The Stock Market Will Increasingly Depend On Where Inflation Is Heading in 2020.

The pace of the overall economy has rolled over to it’s usual flat line of low growth and subdued inflation that have characterized the economy since the Great Recession. It presently appears that this phenomenon of a two-plus-two economy will last until the end of the March quarter of 2020.

Firstly, all the regional Fed’s High Frequency GDP Models (HFM) show that more gains in real growth are on the way. The St.Louis Fed’s Economic News Index prediction for the third quarter was updated on Thursday to an annualized 3% from 2.7%.

The NYFed Financial Model shows 2.2% and the Atlanta Fed’s GDPNow forecasting model raised its estimate to 1.9% from 1.8%. Meanwhile, the Moody’s HFM which also measures growth in a timely fashion is tracking a real gain of 2.1% in Q3.

Secondly, credit conditions are remarkably good. Reports from the NFIB Small Business Survey and the St.Louis Fed’s Financial Stress Index suggest strongly that the economic cycle has further to run.

Thirdly, Moody’s Recession Risk Model puts the odds of a recession in the next six months at only 13%. The odds were 26% last February and the historical average is 22%. The thing is that none of the classic causes of recessions like overheating inflation, shocks to the economy’s balance sheet or financial imbalances look worrisome.

While the above observations are comforting because they give an assurance that the duration of the economic expansion is intact. Yet, it may not be enough to lift the stock prices, or even maintain them at current levels. What is needed is more inflation even if it brings higher levels of interest rates. Bloomberg’s Weekly Fix observed that in the last two months, over 75% of days in which the S&P 500 has gained coincided with rising bond yields.

Equities are driven by three fundamentals, growth, earnings and assets. Right now, the narrative must change from deflation to inflation if we are going to have a continuous bull market for stocks. Growth, momentum and defensive stocks have done well in the last ten years because low interest rates made them relatively attractive. However, the deflation-regimen could change in 2020. I suspect that we shall witness a rise in inflation that will be tolerated by the monetary and fiscal authorities. This is because there has been no build up of excesses that ordinarily stem from periods of sustained inflation. As a matter of fact, inflation has been so low for so long that the economy could easily support a bout of inflation above 2.0% for several years. Federal Reserve Vice Chairman Richard Clarida said a few days ago that the Fed is in the midst of an extensive strategic review, examining a new approach that would make up for past deviations from its 2% inflation target. Currently, misses from target are plainly ignored.

It partially explains why governments are willing to run massive deficits and central banks deploy massive monetary stimuli, even though the economy is in its 11th year of an economic recovery. Massive government deficits that do not seek investments with high internal rates of returns combined with extensive QE programs at infinity, are forcing banks to hoard money in excess reserves.

The transactional money stock (MZM) grew 6.0% in the past year and the bulk of the increase was registered after the end of April. Expectations are high that the Fed will unveil a huge standby credit line or a Lite-QE that will expand the Fed’s balance sheet. Therefore, the money supply is bound to rise with its usual inflationary implication and breach the 2% inflation target because an abundance of labor can’t be counted on anymore.

Personal disposable income is 4.6% higher than it was one year ago with a very healthy personal saving rate of 8.1%. These are perfect conditions to turn pent up demand into actual spending, especially if consumers were to anticipate that higher prices are in the making. The Cleveland Fed’s Inflation Nowcasting Model shows that core inflation has been on an upswing in the past few months and predicting that Core CPI and Core PCE will register an annual rate of increase of 3.1% and 2.3% respectively in Q3.

I believe that the market has an inflation blind spot. The Atlanta Fed’s sticky price CPI showed core prices up 2.6% from a year ago. The San Francisco Fed’s economically sensitive PCE prices is up 2.4%. The Dallas Fed’s trimmed mean inflation rate, which tosses out the biggest positive and negative monthly price movers in the PCE, is up 2.0%.

The big question is whether one is better off in cyclical stocks that are cheaply valued or in the highly priced growth and defensive shares. The Bank of America Manager Survey shows that people who run money are starting to favour businesses that are improving their balance sheet as opposed to those who spend money on capital formation or return cash to shareholders in the form of share buy-backs and dividend payments.

The time to be a contrarian may be now--ahead of what may come on the inflation side. However, I do not believe that orthodoxy is dead and that is why I trust a rising gold price as a precursor of inflation. Howard Marks said: “Just when it feels like the trend will happen forever is probably the time it has to stop, because it has done so for so long.”

The best time to invest in inflation-prone stocks is when investors are ready to throw in the towel on the prospect of reflation. Reflation would raise the replacement value of assets that corporations hold, speed up growth of consumer spending before it gets too costly to buy and revive the pricing power of businesses. In this respect, the dirt cheap cyclical segments of the S&P 500 could be the right sectors to place a few bets. 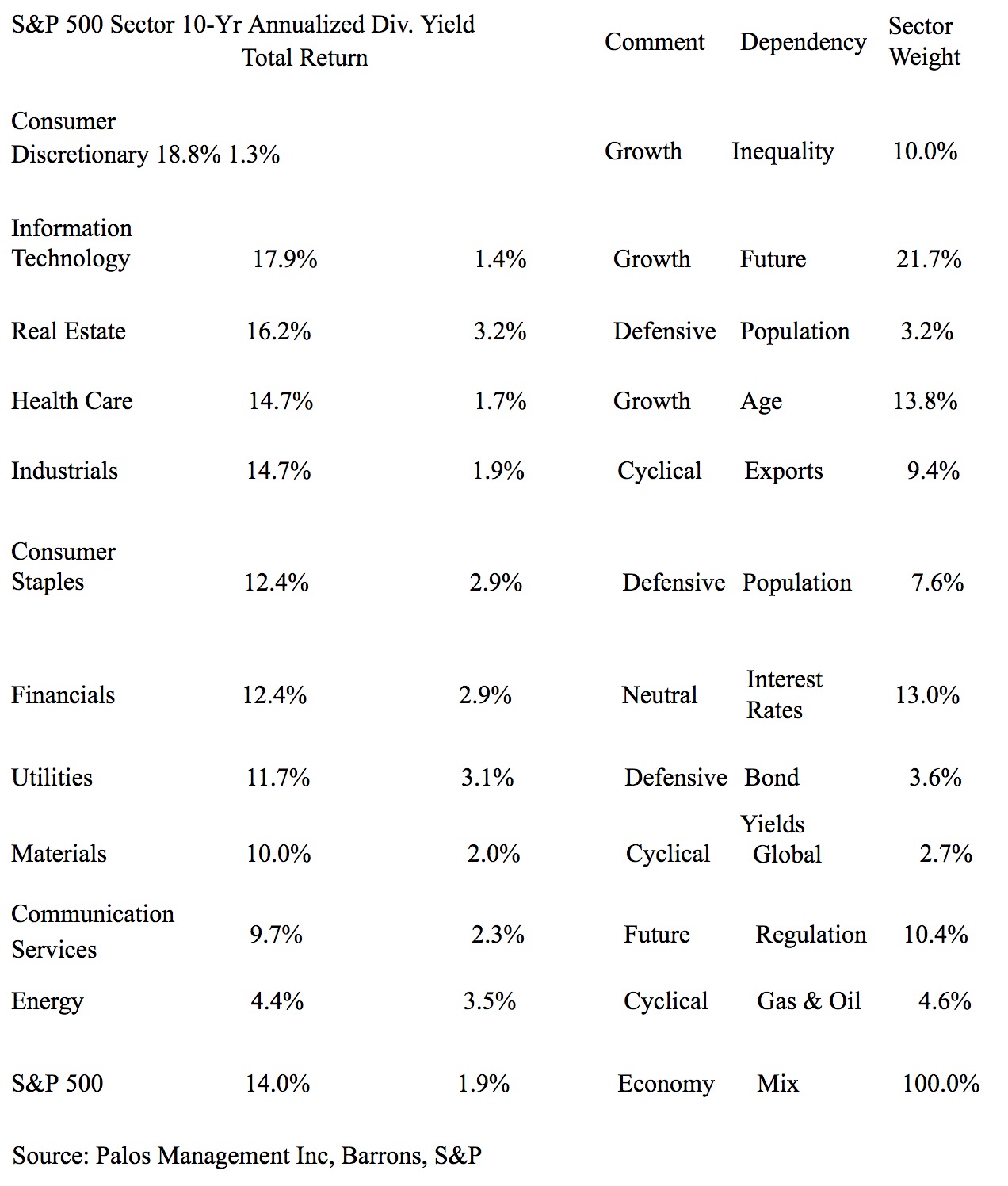 
Founder of Palos Capital Corp. and Palos Management, Inc., Hubert Marleau has been at the head of 10 different companies, and is Chairman of Notre-Dame Capital, Inc., Chairman, President & Chief Executive Officer of Niocan, Inc. and Economist at Palos Management, Inc. Mr. Marleau is also on the board of 5 other companies.

He received an undergraduate degree from the University of Ottawa.
Founded in 2001, Palos Management is a boutique financial management firm that offers a variety of investment products and solutions.