Templeton Global Equity Group weighs in on inflation’s emergence in Japan, recent monetary policy shifts, and the implications for investors.

Japan has been in a deflationary environment for three decades. The government and the Bank of Japan’s (BoJ’s) aim to break the entrenched deflationary mindset of households and businesses helped to give rise to a negative interest rate (NIRP) regime since January 2016. This involved negative 0.1% yields for short term-rates and “yield curve control” (YCC) at the long-end of the curve, designed to keep the yield on 10-year Japanese government bonds (JGB) “around 0%” to preserve accommodative financial conditions.

Unfortunately, these actions did not garner the BoJ’s sustainable inflationary target of 2% until an extraordinary combination of internal and external inflationary forces driven by the COVID-19 pandemic set the stage for Japan’s exit from deflation. This ranged from external inflationary pressure that rising energy, raw material and food prices created, to domestic pressure points such as a tight domestic labor market with little slack and highly supportive fiscal as well as monetary policies. Imported inflation by way of a weakening Japanese yen (JPY) was also pervasive, as the US Federal Reserve (Fed) and many other central banks embarked on an aggressive monetary tightening policy since early 2022 that diverged from the BoJ’s continued focus on NIRP.

By the summer of 2022, a growing body of evidence suggested that Japan’s long-held taboo of price increases had started to crack. Green shoots of inflation began to emerge in the form of meaningful consumer price increases, and smaller business suppliers also started to successfully raise prices for the first time in decades, with blessings from Prime Minister Fumio Kishida’s administration. Part-time workers’ wages began to rise by over 3% year on year. There was also growing government pressure on large enterprises to raise basic salary by 3% at the upcoming spring wage negotiations. These developments on the wage front showed growing support of the view that Japan was moving toward conditions that would be conducive to the BoJ’s inflation target of 2%. Recent Consumer Price Index (CPI) data had been north of 3% and rising.1 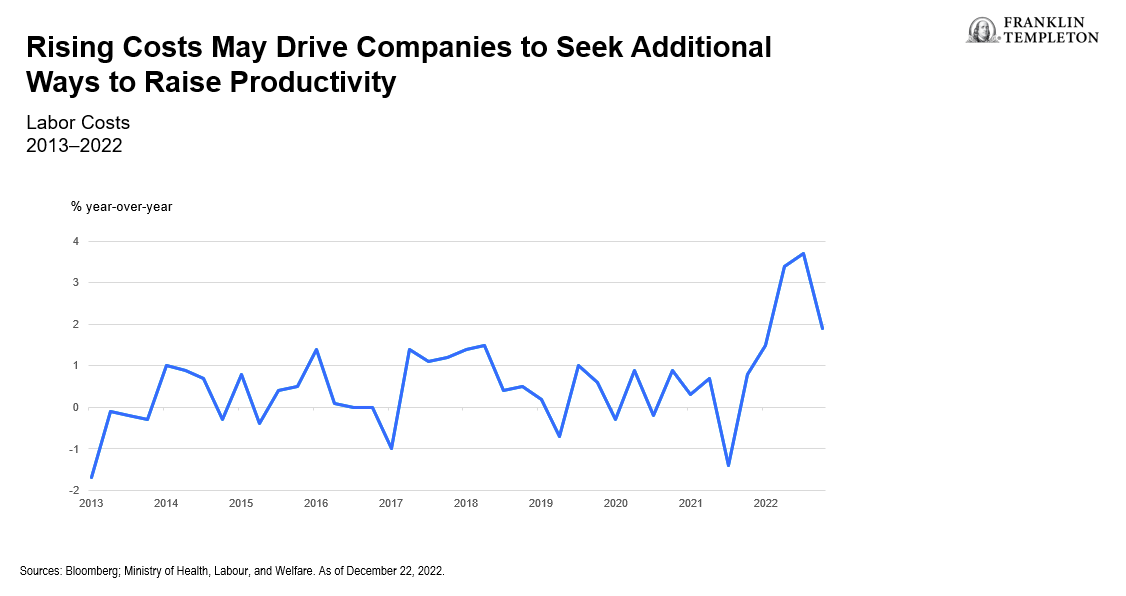 While market expectations were for a YCC band adjustment to occur after the end of the current BoJ Governor Haruhiko Kuroda’s term in April 2023, the BoJ surprised market participants in late-December 2022 with its announcement that it would be widening the YCC band, which would allow 10-year bond yields to drift from +/- 25 basis points (bps) to +/- 50 bps. While this adjustment in itself appears to be small, it marks a symbolic shift away from Japan’s deflationary environment, and potentially the start of the normalization of its economy as well as monetary policy. Consequently, the impact on the Japanese household and business as well as financial market psychology is likely to be disproportionately larger than the monetary policy adjustments. Indeed, robust capital expenditure intention surveys—despite prospects of a global recession over the next 12 months—are indicative of a likely sustainable domestic investment cycle after years of under-investment weighed by deflationary expectations. After three decades, Japan appears to be potentially making a leap into a healthier regime of stable growth and manageable inflation. 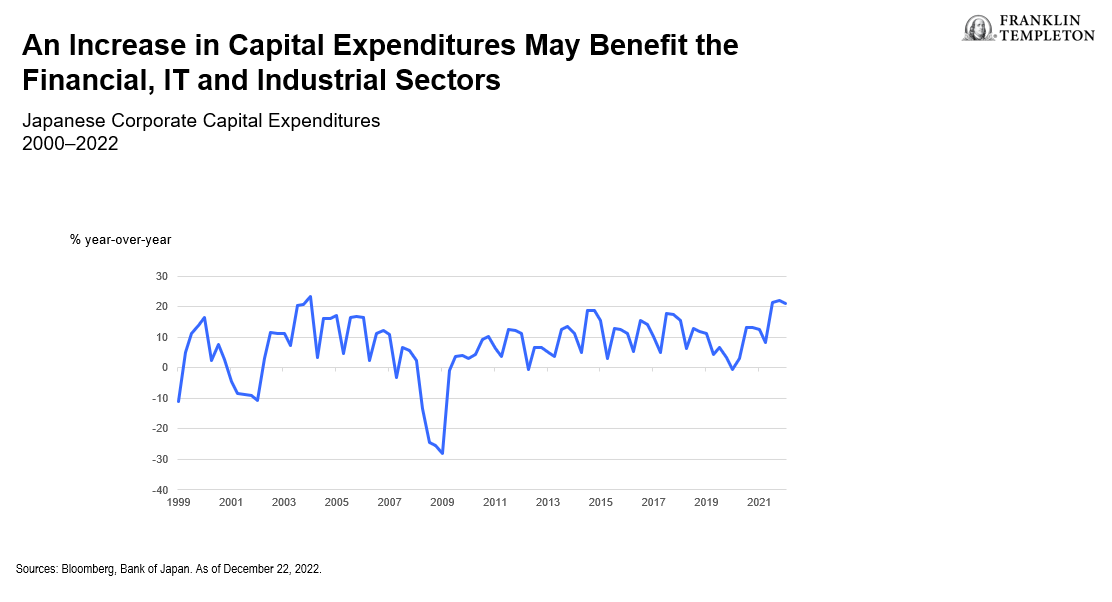 We maintain our conviction that Japan is likely to exit deflation and that monetary policy will continue to normalize. This keeps us positive on the banking sector. We also continue to favor information technology service providers that may enable productivity improvements in Japan through digitalization. While we like the structural growth of factory automation plays, which are essential to driving productivity gains, these are cyclical businesses that a global recession may impact. We are alert to opportunities in this space should risk-reward improve in the coming quarters. We also continue to like market leaders that can sustain faster earnings growth than competitors in an inflationary environment.

WHAT ARE THE RISKS?

All investments involve risk, including possible loss of principal. The value of investments can go down as well as up, and investors may not get back the full amount invested. Stock prices fluctuate, sometimes rapidly and dramatically, due to factors affecting individual companies, particular industries or sectors, or general market conditions. Investments in foreign securities involve special risks including currency fluctuations, economic instability and political developments Bond prices generally move in the opposite direction of interest rates. Thus, as prices of bonds in an investment portfolio adjust to a rise in interest rates, the value of the portfolio may decline.

This material is intended to be of general interest only and should not be construed as individual investment advice or a recommendation or solicitation to buy, sell or hold any security or to adopt any investment strategy. It does not constitute legal or tax advice.

The views expressed are those of the investment manager and the comments, opinions and analyses are rendered as at publication date and may change without notice. The information provided in this material is not intended as a complete analysis of every material fact regarding any country, region or market. All investments involve risks, including possible loss of principal.

Data from third party sources may have been used in the preparation of this material and Franklin Templeton (“FT”) has not independently verified, validated or audited such data. FT accepts no liability whatsoever for any loss arising from use of this information and reliance upon the comments, opinions and analyses in the material is at the sole discretion of the user. ​

Products, services and information may not be available in all jurisdictions and are offered outside the U.S. by other FT affiliates and/or their distributors as local laws and regulation permits. Please consult your own financial professional or Franklin Templeton institutional contact for further information on availability of products and services in your jurisdiction.​

A New U.S. Law Gives a Boost to Sustainability-Themed Investing

byAGF Investments
No comments
Next Article

byFirst Trust Portfolios
No comments
AdvisorAnalyst.com on TwitterTweets by @advisoranalyst 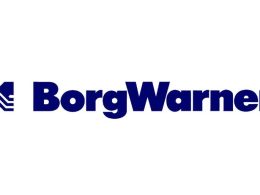