In our recent media engagements, we have been asked if the Russian invasion of Ukraine is the cause of the carnage in the stock market this year. Many of the investors suffering stock market failure and financial media participants are looking for some comfort from the declines. They’d like to think that their portfolios have been hit by a Molotov cocktail and that the stock market will repair itself like it did when the pandemic crushed stocks two years ago. The facts appear to say the invasion is only a catalyst for what was already going on.

As market participants for nearly 42 years, we’ve never seen more group think and widespread devotion to common stocks (think Reddit and Robinhood). Peter Lynch said he knew the end of a bull market was near when people he met were telling him what stocks they like. We wish we could show you a video of how many times that has happened to us in the last two years.

The bull market that ended last year, which started at the pandemic lows, was a function of two things. First, massive liquidity provided by the U.S. Federal government and an enormous accommodation by the Federal Reserve Board. This combined to create a surge in stocks that benefitted from being stuck at home (FAANGs, tech of all kinds, vaccine makers, DocuSign/Peloton/Shopify, etc.). Then when everyone had fled the companies hit the hardest by the quarantines, they rebounded as the evidence showed that people will always want to be around people. If you go back and look, you’ll see that the stuck-at-home stocks have been crushed in the last year. Even Amazon shares have gone sideways in the last year.

Commodities are booming and what we call “wolverine inflation” is now being spotted by others (like Jeff Gundlach). Our chart from April of 2020 showed that commodities were the cheapest versus common stocks as they have been for 250 years. We believe all investments will get repriced to represent the new reality over the next couple of years. It is very unusual to spot the “wolverine,” but it was spotted in Yellowstone Park and in oil prices recently. 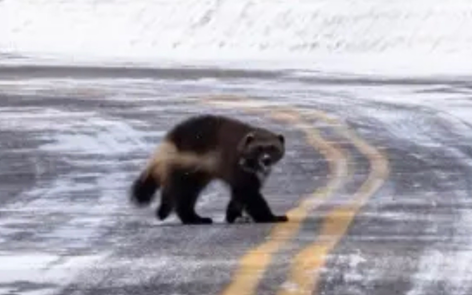 The “carry trade” regime died (which Cole recently wrote about). The Fed will likely unwind their ownership of the long-term bonds they own, while also ratcheting up short-term interest rates to make a late attempt to stop the “wolverine inflation.” Like when all carry regimes end, the liquidity disappearing causes asset prices to decline and volatility to rise. Warren Buffett says, “Only when the tide goes out do you discover who was swimming naked!” It won’t just be “innovation investors,” it will also be S&P 500 Index investors, growth stock aficionados and everyone who placed their faith in assets tied to that confidence.

Anyone who thinks that the oil price increase would be the cause of a recession doesn’t realize how much gasoline has been deemphasized over the last twenty years.

To defend your assets and avoid stock market failure, you must take out the 1970s playbook. Oil stocks and their industry have suffered under-investment. This is due to a mistaken belief that we are close to getting away from using carbon energy. In our eyes, there is a mistaken devotion to green investments which have some validity but are a “needle in a haystack” from a common stock probability standpoint.

Oil and land did well because the “inflation wolverine” beneficiary stocks became the cool kid investments. A year ago, the S&P 500 Index had 2.4% in the entire energy industry. In 1981, energy peaked at 29.7% of the S&P 500 when it was the “coolest of cool kids.” Institutional investors who now know they should be invested in energy are trying to use a firehose to put water into a teacup. We are overweighted in oil stocks and land-oriented companies.

In conclusion, there will be bargains in shares which we have avoided for years as this plays out in full. Don’t blame the Russians, but instead reorganize your investing around where your money will get treated the best! As always, fear stock market failure!

byCharles Schwab and Company
AdvisorAnalyst.com on TwitterTweets by @advisoranalyst