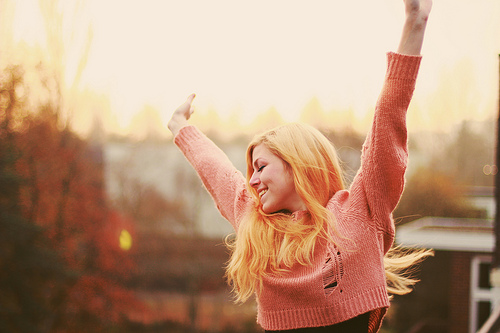 Here are this week's reading diversions for your personal enlightenment. Have a splendid weekend!

Russell Bishop: Soul-Talk: Are You Courageous or Just Self-Righteous?

True courage takes many forms, few of them characterized by bravado and none of them insensitive or unkind. That doesn't mean true courage can't appear to be insensitive or unkind; when sourced from a deep sensitivity and caring, true courage is willing to take whatever stance is necessary to produce the desired results, and yet it is never produced out of bravado or some form of self-righteousness.

When sitting in a meeting or trying to get through emails, the thought of nature calling probably isn't one of your priorities. Or rather, it might be top of mind, but you feel embarrassed using the office bathroom. Experts tell us, however, that taking care of our kidneys means knowing when they're entering the danger zone.

Why we love it:
Honeydew melons, which start coming into season in March, are sweet and juicy. According to WebMD, they're also a great source of vitamin C -- with a wedge providing more than half the recommended daily amount.

The risk of late diagnosis gets higher among as women get older, with women aged 75 to 79 being 46% more likely to have late stage diagnosis compared to younger women.

That's reassuring, given headlines from the Alzheimer's Association's new annual report showing that every 70 seconds, someone in the U.S. develops Alzheimer's (the most common form of dementia).
****

Myth that you sleep worse as you get older isn't true, scientists say - latimes.com

The myth that you sleep worse as you get older isn’t true, scientists argued in a study published Thursday. While older people may have more sleep disturbances than younger people, those problems are linked to illnesses and health issues and have little to do with aging, researchers said.

Can you safely take vitamins and herbs with pharmacological drugs? For the last two decades, most of my patients have used combinations of vitamins and minerals with conventional drugs (while reducing their reliance on medication) without any serious side effects.

If you have the courage to admit when you’re scared, the ability to laugh even as you cry, the nerve to speak up, even if your voice is shaking, the confidence to ask for help when you need it, and the wisdom to take it when it’s offered, then you have everything you need to get yourself to a happier state of mind.