The news of Berkshire Hathaway’s purchases in Occidental Petroleum (OXY) has been seismic in our minds, but to most investors it has been but a whimper. We believe there are two main reasons for this. First, Buffett hasn’t had a hot hand in recent years, so the normal copycats aren’t quick to repeat Buffett’s actions. Second, he’s buying an oil company. Oil has been a three-letter swear word to most investors. Therefore, it’s been much ado about nothing.

As Ben Graham is famous for saying, “Price is what you pay. Value is what you get.” We believe this is exactly what Buffett is doing in his purchases of Occidental. More than this, it is the return on equity (ROE) game that Munger and him have been so interested in since their friendship began.

To make sure all the readers understand what we mean by Buffett’s ROE game, here is what Charlie Munger said in the 1995 Wesco Meeting:

Over the long term, it’s hard for a stock to earn a much better return than the business which underlies it earns. If the business earns 6% on capital over 40 years and you hold it for that 40 years, you’re not going to make much different than a 6% return—even if you originally buy it at a huge discount. Conversely, if a business earns 18% on capital over 20 or 30 years, even if you pay an expensive looking price, you’ll end up with a fine result.

As Munger points out, the primary decider of long-term return is not the discount too book value. It’s the return-on-equity or what we call the ROE game. This ROE game explains perfectly why Buffett and Munger were so interested in Coke in 1988. All readers must remember that Buffett was asked why he was paying so much for Coca-Cola at 18 times their 1987 earnings and four times book value in a stock market that was much cheaper than that. Below is what Coca-Cola’s ROE was from 1987 to 1996:

Coca-Cola had produced 27% ROE in 1987. As Buffett analyzed the business, our hunch is that he was fine with level of ROE to make his investment. We assume he saw that this could improve. If you buy a business that produces 27% ROE and pay four times book value for it, you would make a little over 10% compounded the following 10 years even if you ended up at book value. If Coca-Cola traded at two times book value, your returns would end up at roughly 18.5% compounded the following ten years. The ROE did improve throughout 1988 and caused the likelihood of his success from the ROE game even higher.

In Coca-Cola’s case, Buffett continued to purchase more in 1989. Why was the greatest investor of all-time paying a nosebleed multiple (for him prior to that) for Coca-Cola in 1988 at 18 times earnings, four times book value and then paying higher prices in 1989 to acquire more? The ROE game was only getting better for Coke as they ended up producing over 50% ROE in 1989. The value of the business in the ROE game was growing far faster than the price in the open market.

Understanding this is so valuable for investors to contemplate what Warren and Charlie see in Occidental in 2022. Occidental sought to purchase Anadarko Petroleum in 2019. Warren originally involved himself in the deal by purchasing $10 billion in preferred with warrants attached that allow for Berkshire Hathaway to purchase shares at an adjusted price of just below $60/share. Saudi Sunday in the spring of 2020 caused the outlook for Occidental to be very cloudy for Warren and Charlie. You had to begin to wonder whether it was just another Precision Castparts. Occidental paid its preferred dividend to Berkshire during that time in common shares, only to be sold in the open market by Berkshire Hathaway. It was a dark time.

Fast forward to the fourth quarter 2021 earnings report of Occidental that was released in February 2022. We must provide a little accounting note in this portion of our discussion. Due to the disaster of the oil business in 2020, Occidental wrote down the goodwill from the Anadarko purchase, the portion of price paid over book value. This caused book value to decline on the balance sheet. However, nothing changed in the assets. It was just a non-cash adjustment made to the balance sheet, based on the assessment of the assets in 2020. What this means is that if the assets produced similar cash to the past, the ROE would be higher as book value is lower, post the goodwill write-down.

Occidental produced 17% ROE using net income as the proxy of return in 2021. However, this is a capital-intensive business. Instead of using net income, an investor could instead use free cash flow as a proxy of return. If you use this instead, Occidental didn’t produce 17%. They produced 37% ROE on free cash flow of $7.56 billion. This 37% ROE for Occidental was produced at a spot price of $66.14. The average spot price for WTI oil in the first quarter of 2022 was $95.01. We would theorize that OXY is producing over 50% ROE today! Not far from Coke’s 1989 ROE.

What does this mean for the long-term investor? This means that you can buy large amounts of ROE that end up in cash on the balance sheet in a stock that trades at 1.3 to 1.4 times book value. If you grow ROE at 30% and you pay 1.4 times book value to buy in, and you end up trading for book value at the end of 10 years, you make 25% compounded. Does this guarantee us success or that we will make that kind of money? No. It just exposes how much margin of safety Buffett and Munger feel they have when you look at the ROE game of Occidental Petroleum.

Some would criticize us for likening the debt-laden Occidental Petroleum of 2022 to the debt-less Coca-Cola of 1988. This is a fair criticism if you are only looking at debt. Remember, Buffett was paying 4 times book value and 18 times earnings for Coke in 1988. Today he is paying less than 1.4 times book value and 11.5 times trailing earnings for OXY. In the ROE game, the dream is to get the ROE of a business in the long run like Munger said. The lower the book multiple you pay, the closer you get to the ROE. Buffett is paying one-third of the book multiple that he paid for Coke in 1988 to purchase OXY today. These multiple differences look like they account for the leverage of OXY, the capital intensity of OXY, but not the ROE of OXY. Buffett and Munger want to get at the ROE game as cheaply as possible. The ROE game for Coke in 1988 and OXY in 2022 is exactly what graham said: “Price is what you pay. Value is what you get.”

The information contained in this missive represents Smead Capital Management’s opinions, and should not be construed as personalized or individualized investment advice and are subject to change. Past performance is no guarantee of future results. Cole Smead, CFA, President and Portfolio Manager, wrote this article. It should not be assumed that investing in any securities mentioned above will or will not be profitable. Portfolio composition is subject to change at any time and references to specific securities, industries and sectors in this letter are not recommendations to purchase or sell any particular security. Current and future portfolio holdings are subject to risk. In preparing this document, SCM has relied upon and assumed, without independent verification, the accuracy and completeness of all information available from public sources. A list of all recommendations made by Smead Capital Management within the past twelve-month period is available upon request. 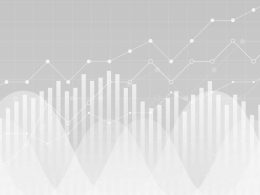