Just How Profound Are the Inflationary Impulses? 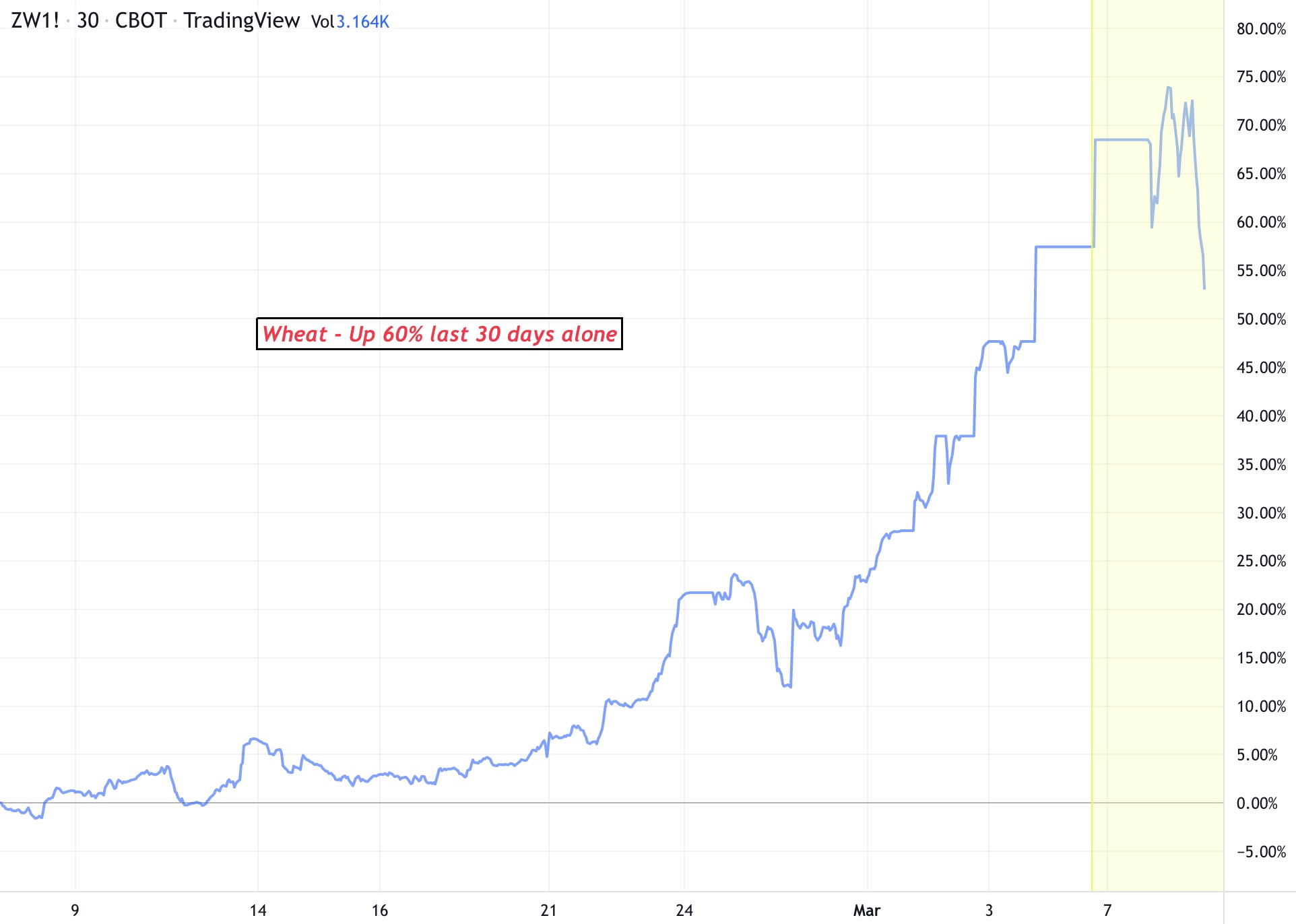 Have you noticed anything unusual about the prices of goods lately? Prices for groceries, gasoline, electrical wire, and even houses have been increasing rapidly. This is called "transitory inflation," and it's caused by a lot of money being injected into the economy over the last two years. However, printing more money only makes things worse - it dilutes our wealth and creates less real value. We've printed trillions of dollars in stimulus packages, Federal Reserve bond buying, and other measures to try to get our economy moving again - but so far it hasn't worked.

Inflation is when the cost of goods goes up faster than the amount of money that people are spending. The last two years, we've been burning through a lot of money and there hasn't been any increase in our standard of living. This has led to more dollars being created but not enough goods to buy with them.

The chart on the wall shows wheat futures going crazy in the last month.

What comes next? Here we have oil, the backbone of a LOT of stuff. Not just gasoline. You know all those goods you need to buy? They need to be transported. You know all the plastic we consume? It is made using oil.

Next chart is corn. Look at corn! Even if you don't like straight-up corn, chances are you do like lots of things made with it.

We need lumber to build things.

Continuing on, look at natural gas.

Next up, I'm going to try to buy wire. It seems like the stuff has security tags on it at Home Depot and Lowes.

Anything with circuitry in it, such as electronics and appliances, will contain gold. And yes, people do actually harvest gold from circuit boards!

I'm trying to make a point with all of this by saying that life is about to get a lot more expensive. This will cause consumer confidence to crater, which means people will scale back on unnecessary purchases, vacations, etc. Considering our entire US economy is based around consumer spending, this could have a profound trickle-down effect on the rest of the economy.

In my opinion, the Fed has zero choice but to aggressively raise interest rates. It's in all of our best interests that they do that, or whatever else needs to be done in order to try and shove the inflation genie back into the bottle. Hopefully some of it takes care of itself, as inflation itself erodes money supply......and as Covid subsides manufacturing bottlenecks should lessen.

Even if manufacturing went back to full capacity this moment, it would take more time than people realize until the data showed a change.

The economy is like a large container ship. The inertia of the ship is very powerful. This is why it took a long time for the inflation problems to show up after we started printing money in an effort to stimulate the economy. Unfortunately, inertia works both ways - it will take a long time for changes in monetary policy to have their intended effects. So the Federal Reserve has a great risk of either coming down too hard on inflation or not coming down hard enough and we won't know for months.

I think something went wrong. It's not Powell's fault, because he is surrounded by the smartest minds in economics in the world and has access to more data than we know what to do with.

The economy is complex and there are many factors that can affect it. Some people believe that the Federal Reserve (a government agency) is responsible for causing recessions, because they think this is the only way to prevent inflation from happening.Personally, I don't agree with this theory, but it's still a valid point of view.

What do you think this means for the stocks of QQQ, DIA, SPX, and IWM?