Since returning to the Green Favored Zone of the SIA S&P 500 Index Report last month, American Airlines (AAL) has continued to ascend in the rankings. In the last month, it has climbed 257 spots to 34th place, including a gain of 10 places yesterday.

A major breakout is underway in American Airlines (AAL) shares. Launching up off of $15.00 trend support, which had previously been a resistance level, the shares have regained $20.00 this week for the first time in a year, completing a bullish Ascending Triangle pattern. Currently, the shares are testing downtrend resistance near $22.50, where a breakout would confirm the start of a new uptrend. 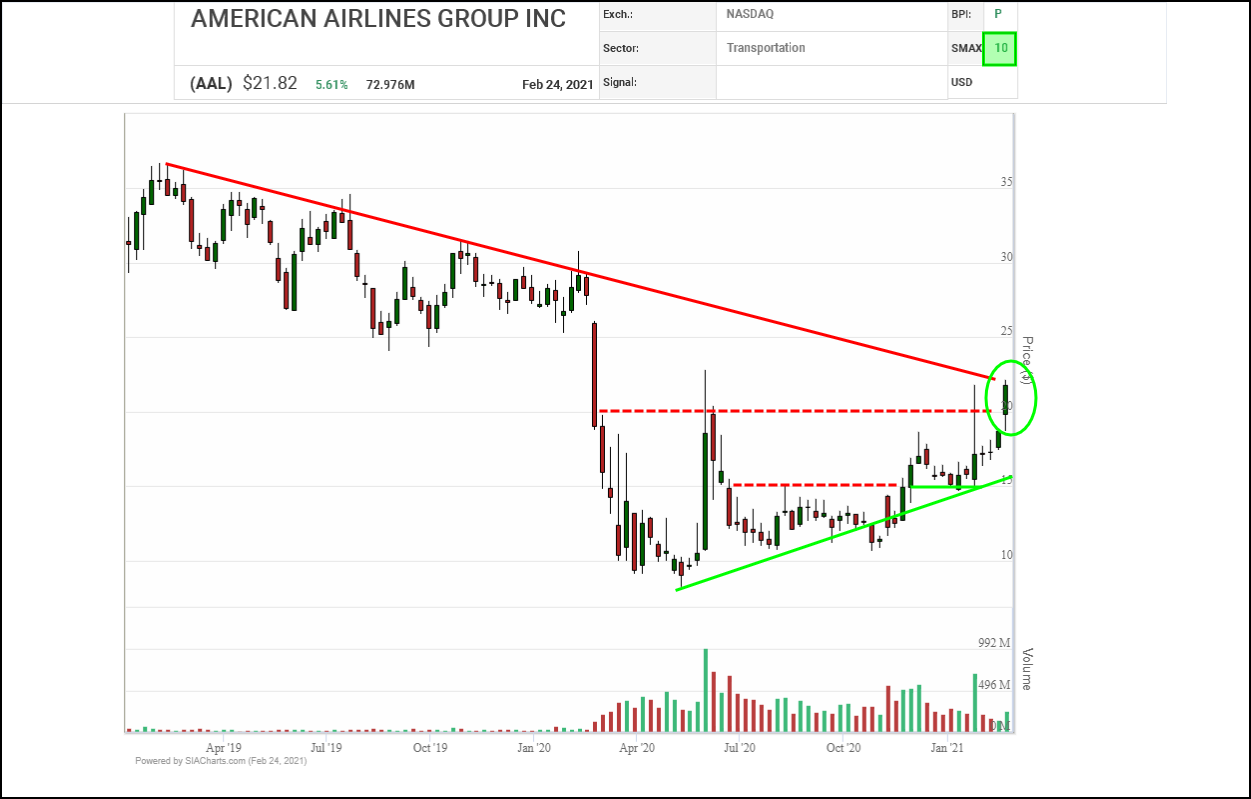 Back in November, American Airlines (AAL) broke out of a base, completing a bullish Quadruple Top pattern and then snapped an uptrend line in December to signal the start of a new uptrend. The shares consolidated normally for a few weeks while higher lows indicated that underlying accumulation remains intact. This month, the shares have embarked on a new upleg, completing a bullish Triple Top pattern, regaining the $20.00 level and climbing above its June 2020 peak. 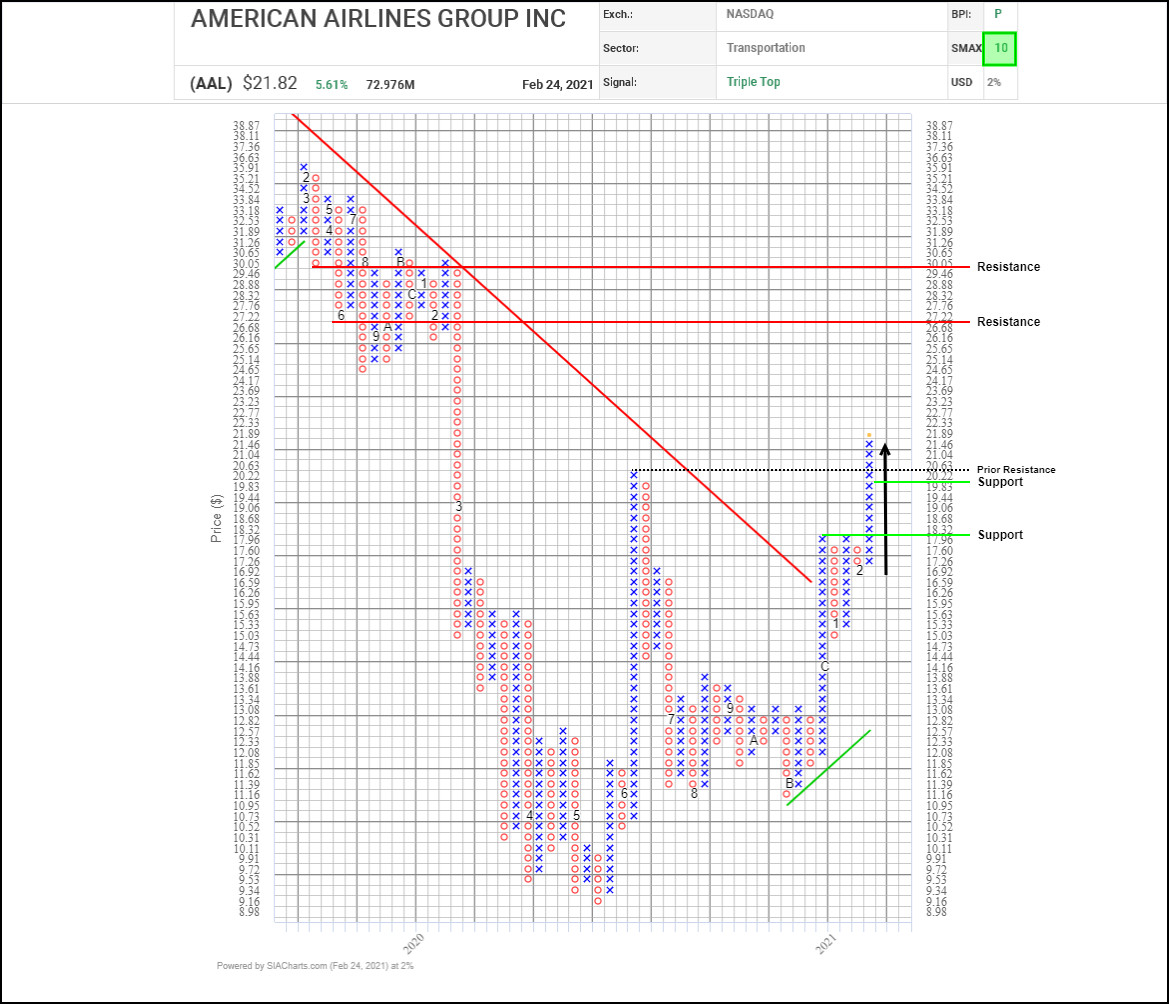 With its bullish SMAX score increasing to a perfect 10, AAL is exhibiting near-term strength across the asset classes.

The Birth of Global Tech Continues

On My Mind — Inflation: The Devil We Knew