We accept too much of what Fed officials say at face value.

Given that they are conducting the greatest monetary experiment in history, it is essential that we ask better questions and demand coherent answers. It is crucial we take a deeper look at their objectives, their means of achieving them, and the long run consequences of their actions.

The Federal Reserve has a so-called statutory dual mandate - maximum employment and price stability. For decades (and despite the stagflation of the 1970’s), the Fed assumed that there was a negative correlation between these mandates, i.e., if unemployment fell then inflation rose. This was known as the Phillips Curve.

In the 1990’s, a key metric discussed by the Fed was NAIRU, an acronym for Non-Accelerating Inflation Rate of Unemployment. It referred to a theoretical level of unemployment below which inflation would be expected to rise. This rate was assumed to be near 5.5%, then lowered to 4.5%. Today the nation’s unemployment rate is 3.7% and has been below 4.5% since February 2017. 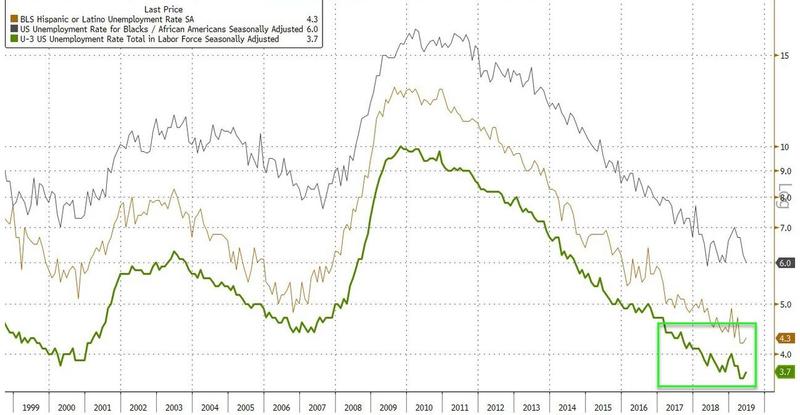 Earlier this month, the Fed admitted that the relationship in the Phillips Curve was dead. It has always been an illusion to think that increasing inflation would lower unemployment. For decades, the Fed has been using this faulty model to steer its policy decisions.

Today, the Fed appears obsessed with getting the inflation rate higher. It has shown a willingness to do ‘whatever it takes’ to achieve its self-imposed 2% inflation target. Many questions surround this obsession as well as its ability to actually navigate a pinpoint-perfect 2% landing.

The Fed readily admits that measuring overall consumer inflation is very difficult. I would think in a highly-complex $20 trillion global economy that is an understatement. But, how can Fed actions be considered respectable when its inflation metrics are so imprecise.

Nonetheless, The Fed’s preferred measure of inflation has been stable in a range of 1.3% to 2.0% for over 4 years. In July 1996 Fed Chairman Alan Greenspan defined stable prices as “that state in which expected changes in the general price level do not effectively alter business and household decisions.”

So, what’s the problem. With stable inflation, an unemployment rate near the lowest in 50 years, near record stock prices, why then is the Federal Reserve tinkering and trying to micro-manage such a large complex economy?

We should certainly not accept at face value the Fed’s assertion that inflation is too low and higher inflation should be welcomed. Inflation is not a state of Nirvana as fed officials would like us to believe.

Inflation is theft of our money’s value.

A 2% inflation rate would cut the purchasing power of our money by 50% in 36 years. NY Fed President John Williams said that he would even be willing to allow inflation to move to 3% for a period of time, effectively halving the value of our hard-earned money in 24 years. 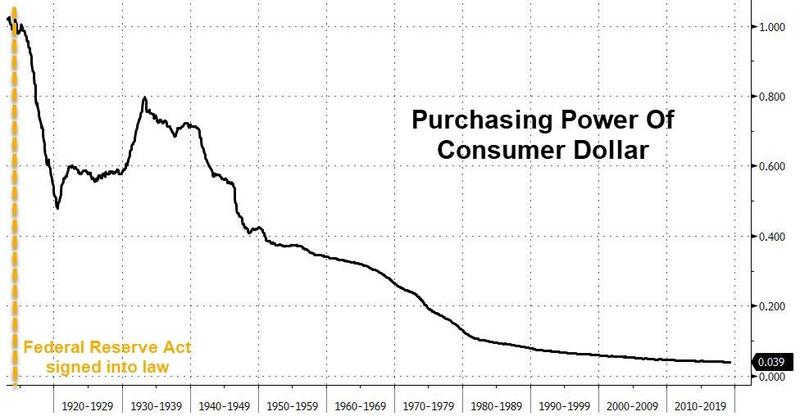 Furthermore, how can our politicians talk about wealth inequality without talking about Federal Reserve policy? Inflation hurts the poorest people the most, because the poor’s biggest asset is cash, not financial assets.

In addition, inflation has moral hazard ramifications by harming savers for the benefit of borrowers. Doesn’t this create all the wrong incentives in society?

The motivation behind generating inflation is to motivate the consumer to spend money as soon as possible. This becomes more important as the amount of Fed-induced global indebtedness grows to ever-higher record breaking levels.

We need and deserve better answers, while the Fed needs to find an exit strategy and a policy that is sustainable and beneficial for the long run.

This post was first published by Guy Haselmann on Linkedin

Previously, Mr Haselmann was Director of Capital Markets strategy, at Scotiabank GBM, where he incorporated a global macro approach. Mr. Haselmann has been published in academic journals, newspapers, and has written countless strategy pieces. He has appeared on various TV and Radio programs, such as BNN Bloomberg and Bloomberg. Mr. Haselmann is a guest lecturer at several universities, including his alma mater the University of Delaware Lerner College of Business and Economics. He is a frequent panelist at industry conferences.

In addition, Mr. Haselmann was a gubernatorial appointee to the NJ State Investment Council and was appointed by the chair to the Investment Policy, Executive, and Nomination subcommittees. Mr. Haselmann is President, and a member of the Board of Governors, of the NY Money Marketeers.