The Rally in Energy Isn't a Fluke

From a supply side perspective, US inventories of petroleum products peaked in mid-2016 and have been falling since then, as has the days supply of oil. 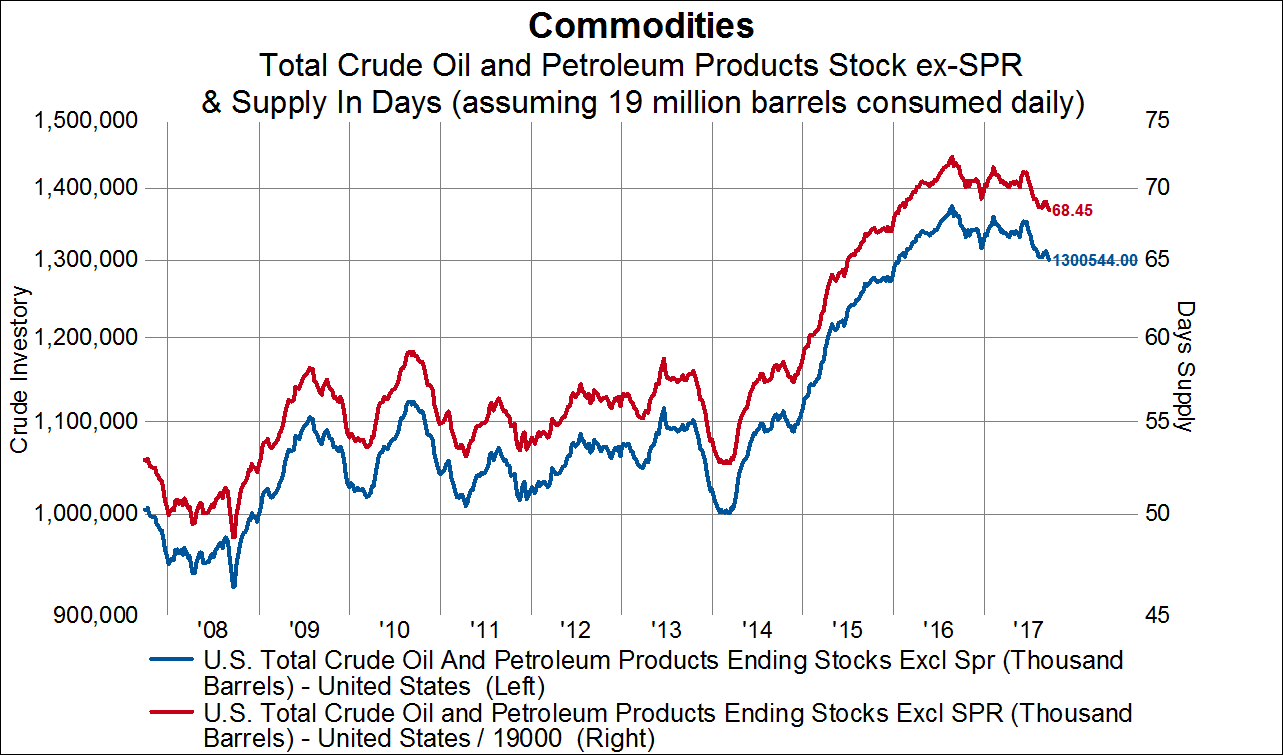 Falling inventory levels are positive for the price of the commodity. WTI crude has rallied from $43 to $52 as the trend in inventories has reversed. 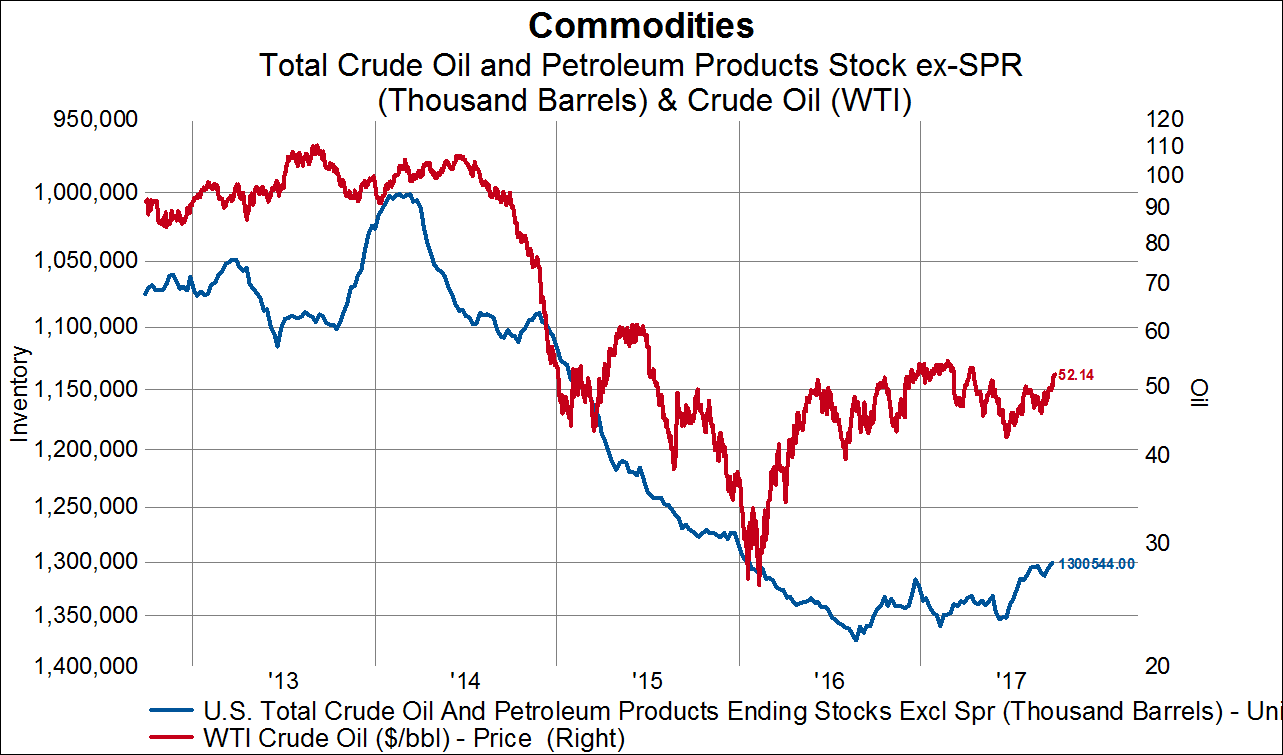 At the same time, there is reason to believe inventory levels will continue to fall. While the rig count has risen since mid-2016, it has recently topped out and looks set to fall again. 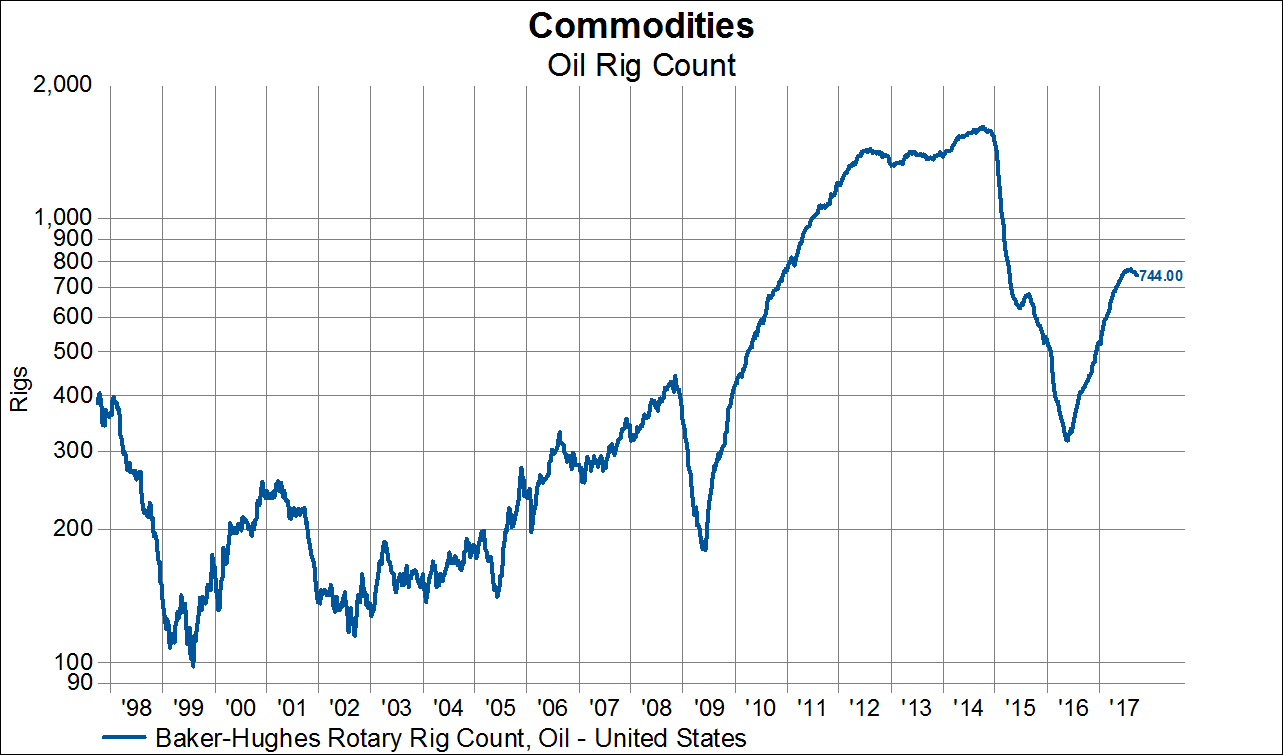 Of course, a trend change in the inventory stats would be positive for the relative performance of the energy sector. In the next chart the DM Americas energy sector is plotted relative to our index of DM stocks (blue line, left axis), and the days supply of petrol products is plotted with the red line on the inverted right axis. 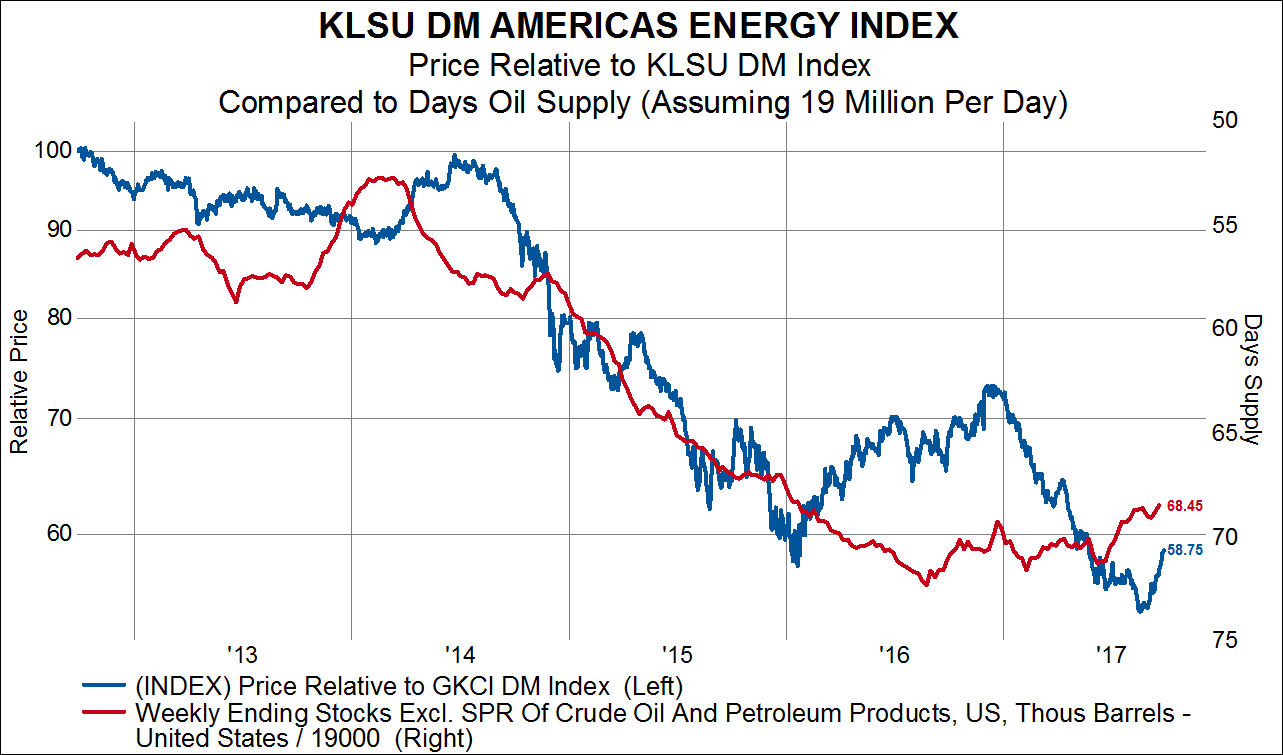 We’re also seeing positive indicators outside of the commodity fundamentals. From a breadth perspective, the energy sector is the only GICS sector that is seeing participation in this bull market actually rise rather than fall. In the below chart we plot the percent of DM Americas energy stocks in which the 50-day moving average is higher than the 200-day moving average (blue line, left axis) and then overlay the price index on the right axis. Breadth in the energy sector bottomed back in early 2016 and then made a higher low (along with a higher low in the price index) in June of this year. Still, there is room for a lot more energy stocks to start participating in the rally, which is positive. 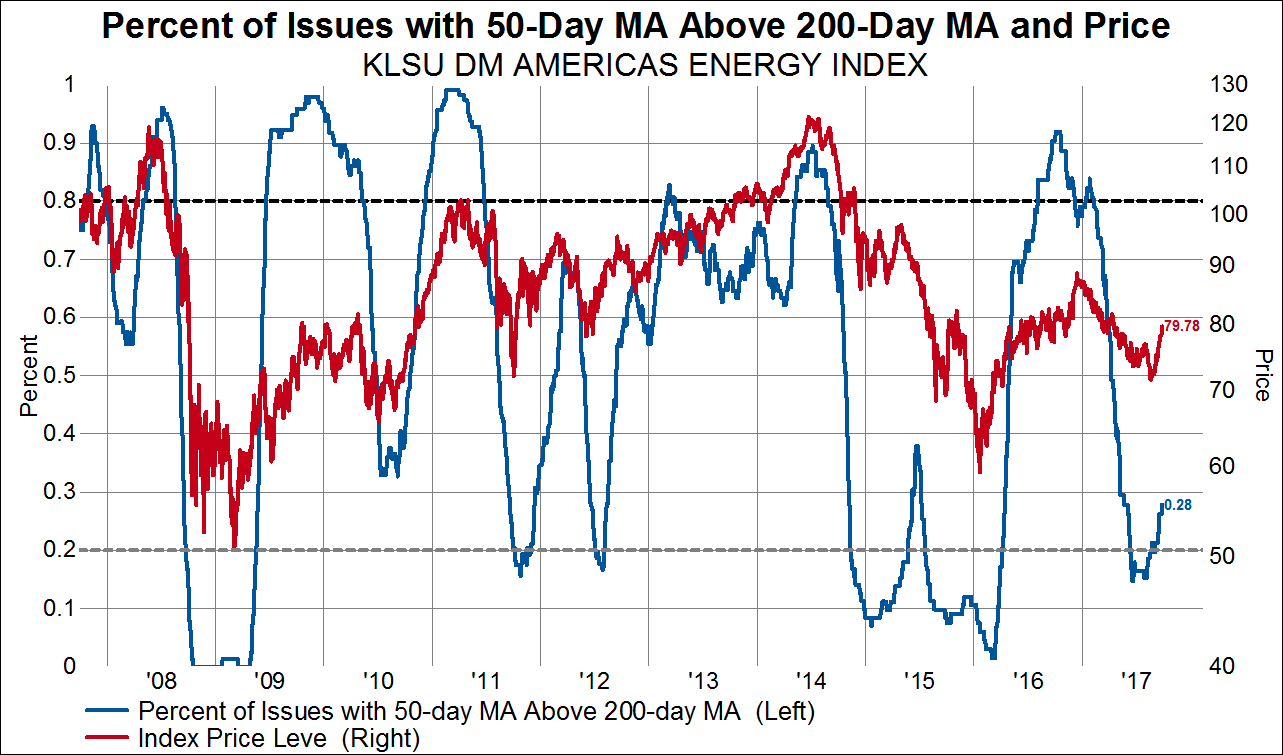 Another positive breadth indication is seen in the next chart showing the number of 200-day net advancing stocks in our DM Americas energy index (blue line, left axis) overlaid on the energy price index (red line, right axis). Net advancing stocks is simply the number of stocks trading higher now than 200 days ago minus the number of stocks trading lower now than 200 days ago. We can see that this indicator bottomed in early 2016 at a level that was even more extreme than in 2009. It has subsequently improved materially and is directionally confirming the rally in the energy sector. 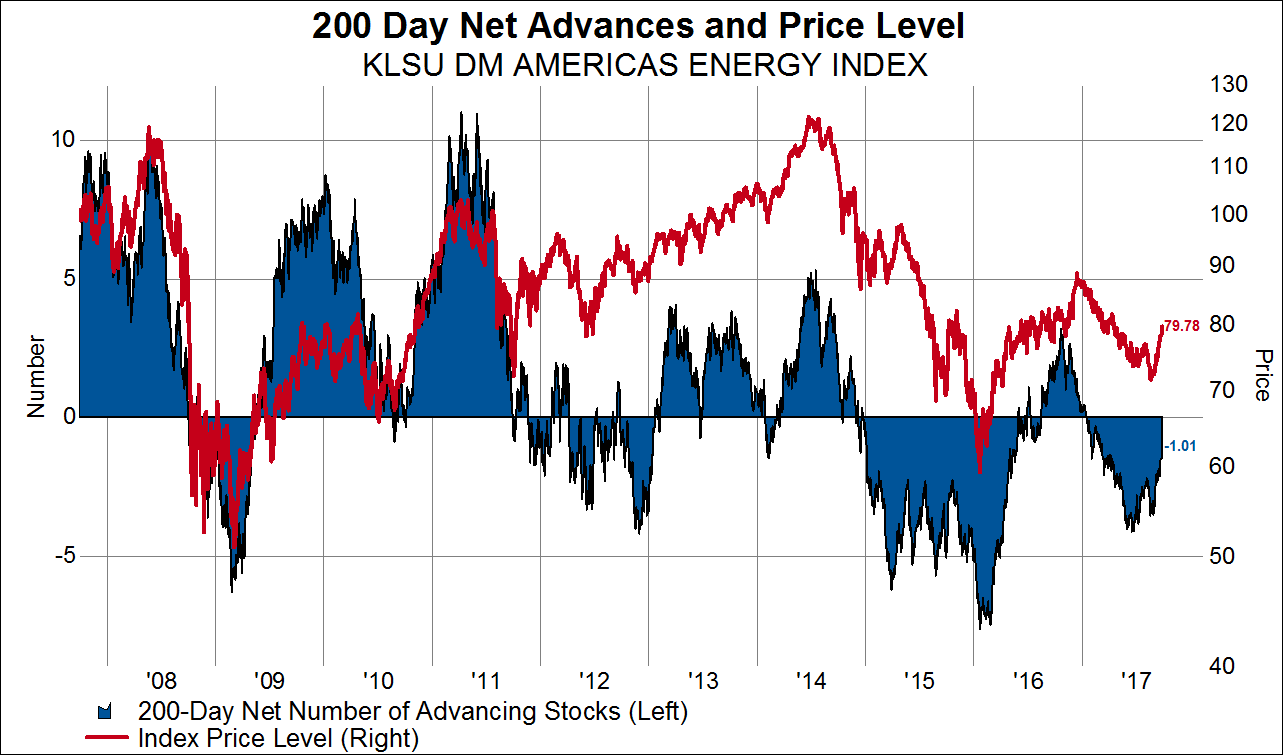 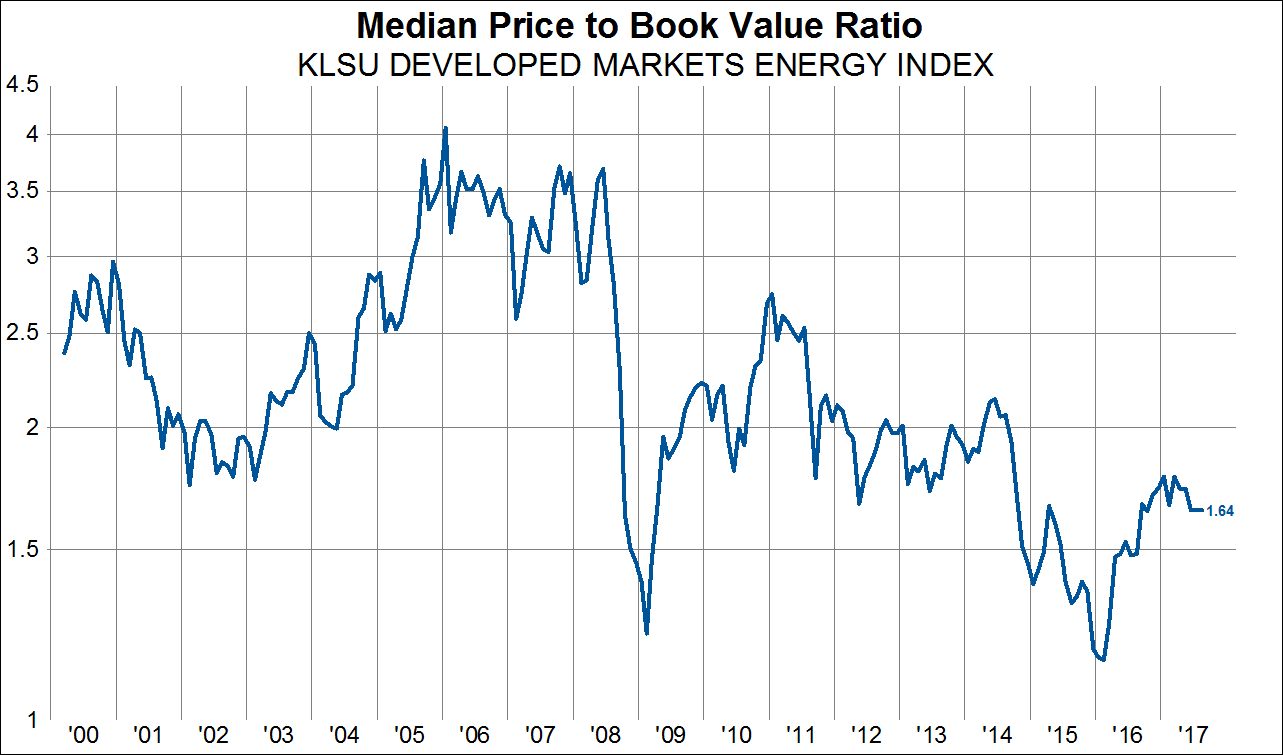 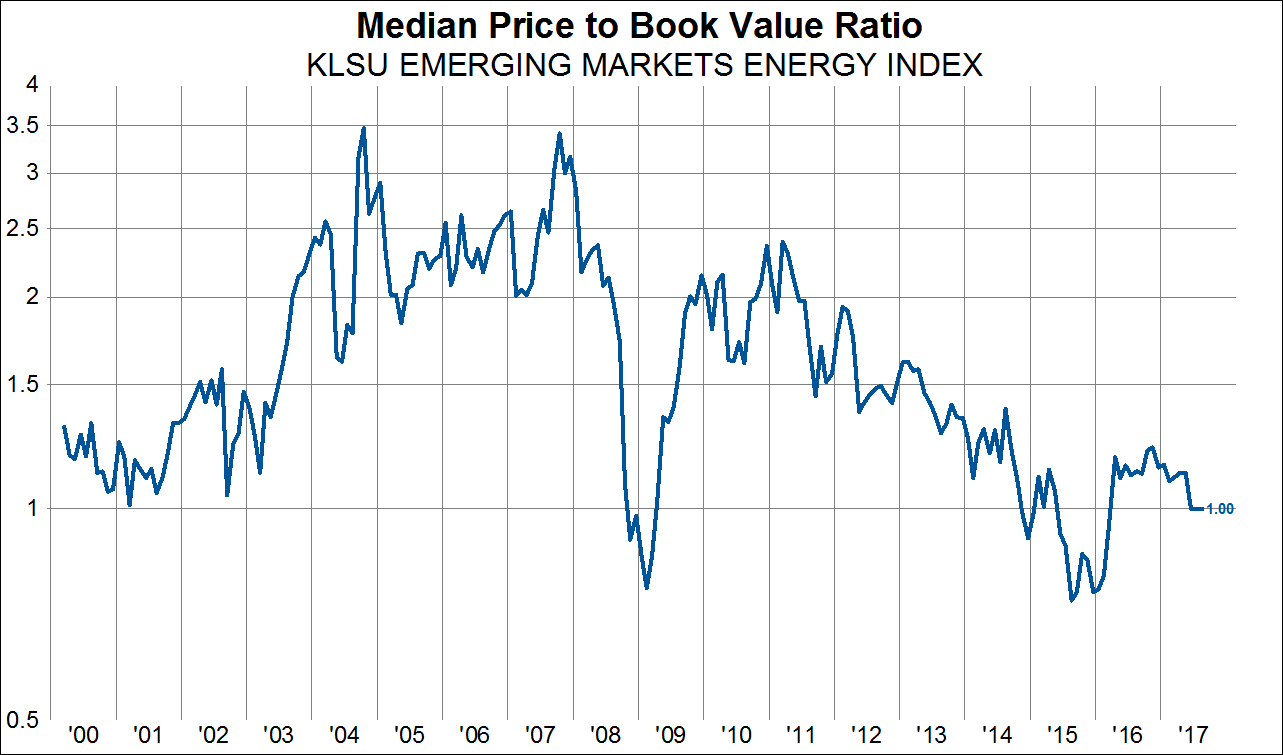 PIMCO Cyclical Outlook: "As Good As it Gets"

Investors Seemingly Learned Nothing From History