This post can be downloaded as a PDF here.

A few months ago, in our presentation All About Factors & Smart Beta[1], we introduced the basics of factor investing.  The core concept is that securities are ranked based upon a scoring system, and a self-financing ­portfolio is built by short-selling poorly ranking securities and using the proceeds to buy high ranking securities.

The self-financing nature of the portfolios – also called “dollar neutral” portfolios – makes factor performance easy to calculate.  It does, however, introduce an interesting quirk: the portfolios are not beta neutral.

Not only do we see that the magnitude of the beta difference can be quite large, we see that it can vary drastically over time.  In addition to a broad swing from +1 to -0.7 from the 1930s to the 1980s, there are many dramatic short-term swings as well.

It is worth pointing out that this is the wrong way to do this.  To actually estimate the beta of each leg, we should first find the beta of each underlying stock and then calculating the weighted average across all stocks in the portfolio.  Without access to the underlying components, however, we are using past realized returns as a proxy estimate for present value.  This is likely okay for low turnover factors like value and size, but may make the estimate for a higher turnover factor like momentum less accurate.

Furthermore, beta is merely a statistical tool we use to conveniently summarize a relationship; it is not an intrinsic property of a company.  So we are estimating something that, in and of itself, is an estimate based on past behavior.  Even if our estimate is completely certain, the model may be completely wrong.  Hence, this entire analysis may just be a big case of garbage in, garbage out.  You’ve been warned!

Okay, back to the regularly scheduled programming.

To test whether factors benefit from long-term beta exposure, we’ll create a portfolio whose monthly excess return is:

To test whether factors benefit from beta timing, we will calculate a portfolio whose monthly excess return is:

This return represents the difference between each month’s actual beta spread versus the long-term average.  Deviation from this average captures the “timing” component of changes in the beta spreads.

We will also calculate a portfolio that captures the residual effects: the difference between the traditional factor portfolio returns and the returns accounted for by the average beta exposure and timing exposure. The residual return is essentially the beta-neutral factor exposure.

Worth noting is that if any of these results are gibberish, it’s likely to be momentum as momentum portfolios are the least stable and therefore it is likely that using our past realized beta estimate as a forecast for current beta has the highest degree of error.

One way of addressing the confounding impacts of time-varying beta exposure is by attempting to construct factor portfolios that are beta neutral instead of dollar neutral.  To do this, we scale each leg such that its beta is equal to 1 (lending and borrowing at the risk-free rate as necessary).

We can see that “neutralizing” beta had varying effects.  Most prominently, however, it decreased returns for the value factor by 138bp per year.  Equally as interesting is the improvement to both return and risk for the momentum factor (again, acknowledging that if any of these results are a case of “garbage in, garbage out,” this would be it.)

So what’s the take away?  Is value an overstated factor, buoyed by early help from beta timing?  Is momentum safer if we balance the beta risk?

If past factor returns are predictive of future returns (why else would we bother with them?), does that include the average beta and beta timing components?

One potential argument here is that even if factors are driven entirely by beta timing, they could simply be capturing dynamic sentiment changes in the market and intelligently betting on it.  For example, while beta timing drove a substantial amount of the total return of the value factor from 1927 to 1957, the methodology of value investing may have been an intelligent way of harvesting changing investor views on risk during the period.

In other words, beta timing may very well be a feature, and not a bug, of factor investing. 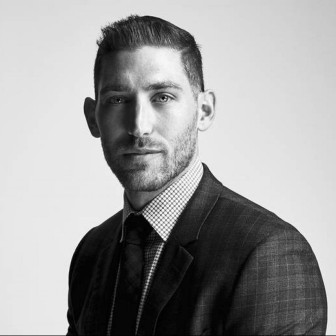 Corey is co-founder and Chief Investment Officer of Newfound Research, a quantitative asset manager offering a suite of separately managed accounts and mutual funds. At Newfound, Corey is responsible for portfolio management, investment research, strategy development, and communication of the firm's views to clients.

Prior to offering asset management services, Newfound licensed research from the quantitative investment models developed by Corey. At peak, this research helped steer the tactical allocation decisions for upwards of $10bn.

Corey is a frequent speaker on industry panels and contributes to ETF.com, ETF Trends, and Forbes.com’s Great Speculations blog. He was named a 2014 ETF All Star by ETF.com.

You can connect with Corey on LinkedIn or Twitter.