The Value of Using Pairs Trading for Stocks in Uncertain Markets

For this weeks edition of the SIA Equity Leaders Weekly, we will be looking at two comparison charts between Stocks in the same sector for pairs trading ideas and to see the value of how relative strength can help you find better positions to be in within a sector or peer group. The "Pairs Trade" is a strategy that can be used effectively during uncertain market times to produce returns and mitigate the volatility in the markets negative effects. Essentially the strategy is to be long a strong Favored name from SIA R/S Reports and short a weak, UnFavored name from the same sector in the report. The result of having this pair is that on up days in the market, the long, Favored name should move up more than the short, UnFavored name creating positive return. On down market days, the negative, UnFavored name should go down more than the long, Favored name, again creating positive return.

Starbucks vs. McDonalds (SBUX vs. MCD)

Looking at the chart to the right, we can see the history of the comparison between Starbucks (SBUX) and McDonalds going back to the year 2000. The comparison chart shows when SBUX has relatively outperformed MCD for two long periods: 2000 - 2006 and 2009 - current, which is represented by the blue X's and green arrow. However, MCD shows its relative outperformance vs. SBUX during 2007 and 2008 represented by the red arrow.

If we look at their current relative strength rankings in the SIA S&P 100 Report, Starbucks is found near the top of the rankings in the Favored zone as a potential choice to go long with while McDonalds is found near the bottom of the UnFavored zone as the stock we could potentially go short with from the same sector. As the comparison chart and analysis shows, these periods of relative outperformance against each other can last multiple years. We would want to monitor this comparison chart and the relative strength rankings in the SIA Reports to help us know if this relationship changes in the future. But as of now, SBUX would be favored over MCD which could be used as a pairs strategy to find outperformance. 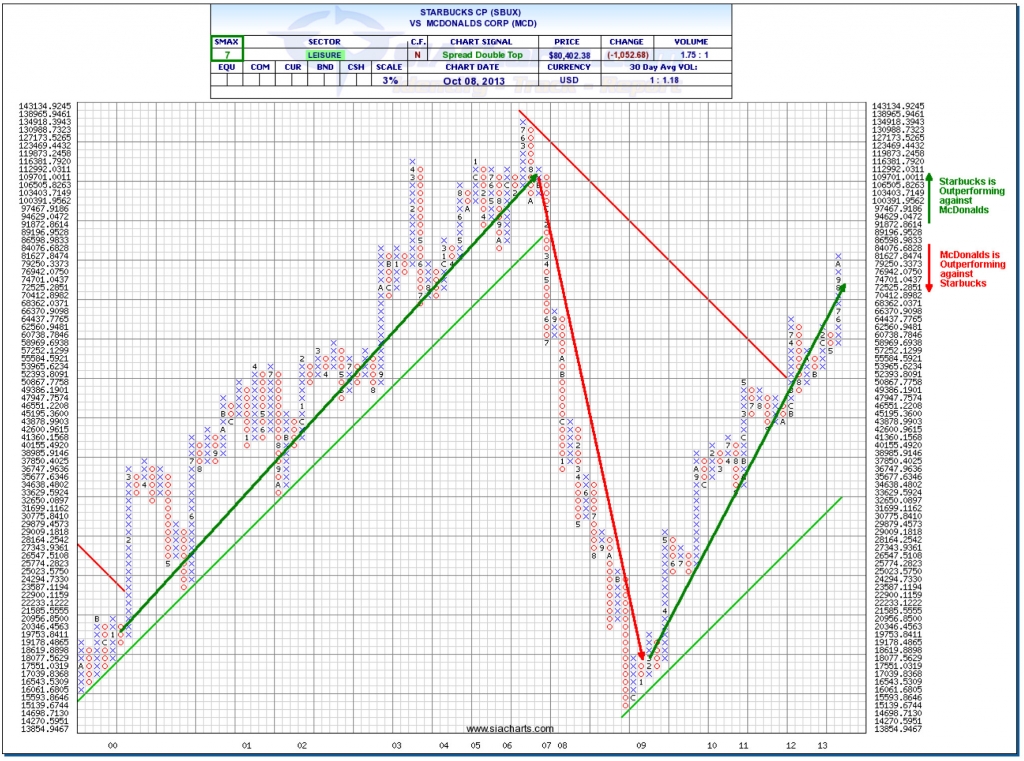 Continuing our Pairs Trade idea now looking at a Canadian stock example between two Internet/Computer Software companies in CGI Group (GIB.A.TO) and Catamaran (CCT.TO). Different from the U.S. example above, this relative comparison history has favored Catamaran for most of the history during a long stretch of time from 2008 to the beginning of 2013 where CCT.TO was one of the top stock picks in Canada moving from ~ $7 to ~$55. However, GIB.A.TO has started to relatively outperform CCT.TO in 2013 breaking through a long-term downwards trendline on a 3% comparison. As GIB.A.TO is found near the top of the SIA S&P/TSX 60 Report and CCT.TO near the bottom, we would also want to monitor their comparison chart and the SIA Reports to help us know if this relationship changes in the future. But as of now, GIB.A.TO could be favored as a long option while CCT.TO could be used as a short option. 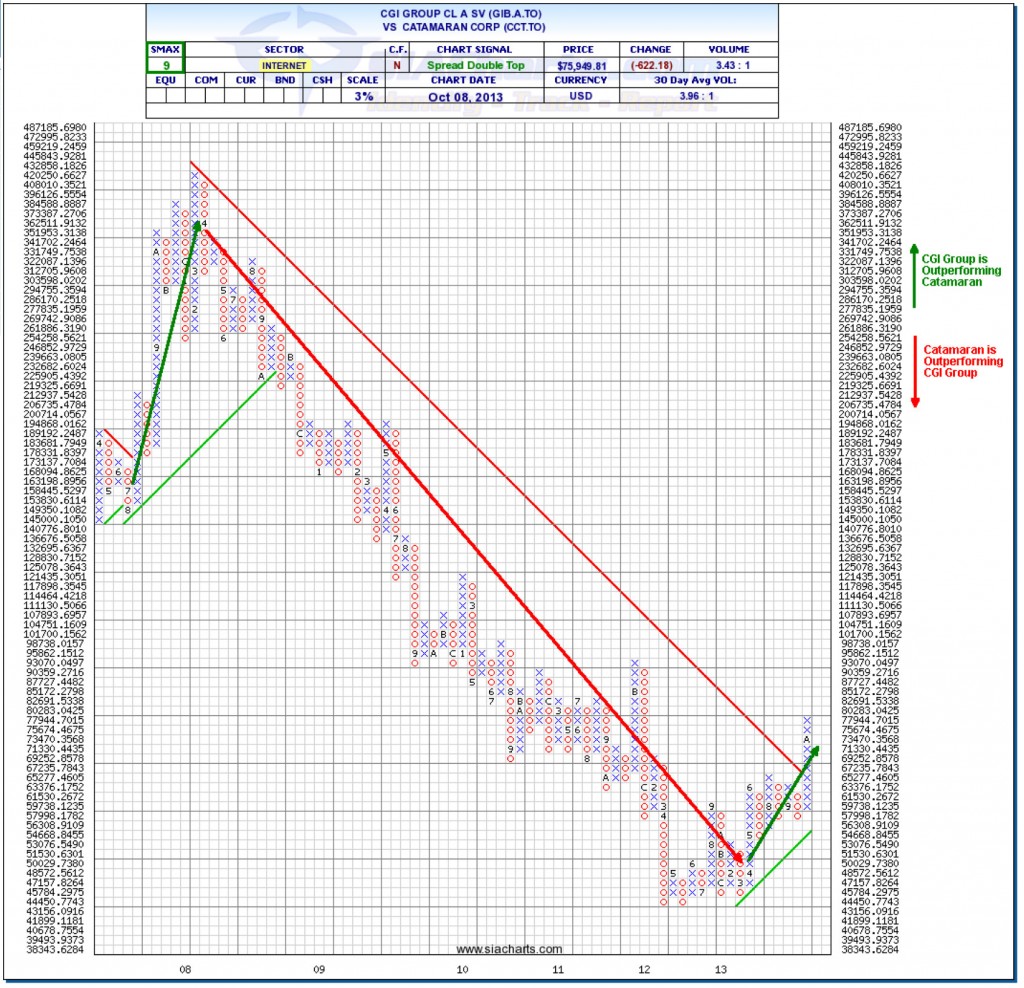 BofAML Warns Hope for the Best, Prepare for the Worst