Market Looking Oversold But What Is The Catalyst

Afters today's late market sell off, the S&P 500 Index is looking oversold based on a couple of technical measures.

One technical indicator we highlighted in our early September post, S&P 500 Index Less Overbought This September Versus Last September, was the Money Flow Index (MFI). The MFI works best at extreme levels and this indicator has reached near the same level as early September when it was indicating an oversold market. 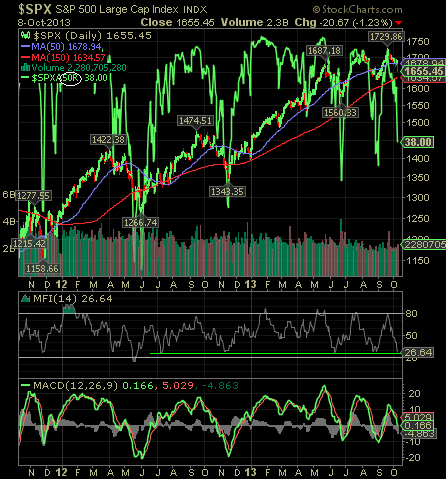 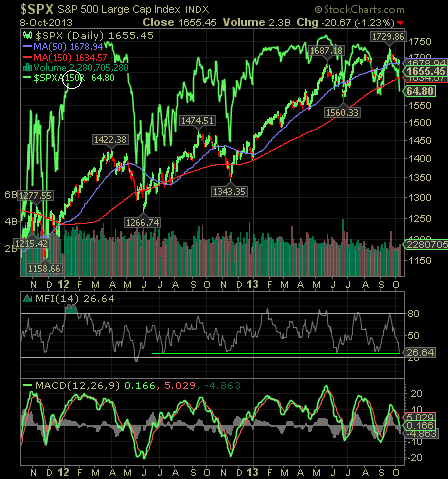 Of course the wild card in determining the future direction of the market is the stalemate in Washington over the budget and more importantly the debt ceiling. The outcome on these two events will weigh heavily on the market's future direction though.